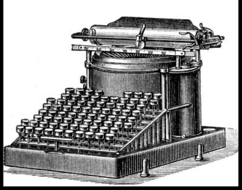 First off, let me thank the man that got me involved in this blog, Steve Karas, author of various reviews and short stories, including Sixteen Hundred Closest Friends, published in Friend.Follow.Text #storiesfromlivingonline (Enfield & Wizenty 2013).  A long-time friend and colleague, I can’t begin to express my appreciation, not least for tapping me to join this tour. If you aren’t familiar with the Writing Process Blog Tour, by the way, the idea is for writers of all kinds to share and learn from one another by answering a few questions, then pass the torch on for others to do the same.

Q: What am I working on?

A: After taking the plunge and sending out my debut novel, Dog of War, I’ve followed the advice of many other writers out there and hit the keyboard straightaway to bang out my next project, in this case a sequel.  DoW was first conceptualized as a stand-alone, but it wasn’t long into the writing of it that I recognized the potential for more stories involving the protagonist. The Dog of War series and its sequels fall in the gritty fantasy category, featuring a classic anti-hero, a rather raw outlook on the world, and plenty of wry humor. The sequel, tentatively titled Unleashed, has recently spun off a short story which I plan to submit to a few markets by the end of the month.

Q: How does my work differ from others of its genre?

A: A current trend in the fantasy field is for darker, “grittier” tales (i.e. George R.R. Martin’s Game of Thrones) but with my Dog of War series, I’ve tried to incorporate the best of more traditional, heroic fantasy with this heavier tone. Rather than a multiple-perspective, shifting story, I’ve concentrated on a single, tortured but also despicable character in the hopes of connecting readers with his journey, rather than throwing out a dozen lead characters, often in direct conflict with one another.  There is an element of moral ambiguity, just as in Joe Abercrombie or Mr. Martin’s tales, but the ambiguity resides in the mind and soul of one man, rather than a plethora of protagonists of varying importance.  In this regard, my current w.i.p. resembles Bernard Cornwell’s Saxon series, a great success in the historical fiction genre. Another difference between my work and many others is word count; I try to skip the parts that readers don’t read, resulting in books of about 80 to 90 thousand words, rather than the 150+ thousand behemoths weighing down shelves and hard drives everywhere.

A: Let’s speak honestly; the fantasy genre is about escape. But fantasy tales also highlight certain dark realities about the human animal.

Mankind, when you boil it down, is a brutal and nasty bunch.  When I look at the world, check my newsfeed, or listen to my parents’ stories of Nazi-occupied Europe, it’s impossible to miss the strife out there, derived, in large part, from man’s own failings. People are being starved, enslaved, executed, tortured, raped, or otherwise stripped of dignity. For me, that kind of darkness--the terrible shark-like callousness in each and every one of us--just can’t be ignored.

But evil of this sort also gives birth to true heroism. I guess I write tales of the dark “gritty” sort because, as a reader, the heightened stakes born of abuse and maliciousness are what make my jaw clench and my heart-rate spike. How will the characters deal with such cruelty? I can’t help but read into the small hours of the night.  So I guess, in the end, it’s really all about entertainment.

Q: How does my writing process work?

A: My best writing is done in the parking lot of a Starbucks, sitting in my own passenger seat, hitting the keys with no distractions but an iced-coffee in the cup-holder. Sad maybe, but true. To summon the muse, I usually read a post from Writer Unboxed, an article from Writer’s Digest or Locus Magazine, or a short story from my friend Steve Karas. This seems to prime my brain.  As the father of two, with another one on the way, writing time is a valuable commodity so these parking-lot sessions usually last the entirety of a preschool day, three hours or more.

In this fashion, with minimal hassle for the wife and family, I was able to knock out Dog of War in about a year. As a comparison, while learning my craft on my first, shelved manuscript, I needed no less than seven years to produce an inferior product.

Outliner or pantser you ask? I tend to lean toward outlining, though my methods is merely to jot down a very rough chapter-by-chapter synopsis with scene and plot ideas, then let my imagination take it in the direction it naturally flows. Once a first draft is done, I edit briefly then send it to my beta-reader, then edit from beginning to end at least once more.

Thanks for letting me share! Next up, more writers with a lot to add to the Writing Process Blog Tour.

With an educational background in game development and narrative, Odin Oxthorn is known for the ability to conceive worlds, conflict, and characters at the drop of a hat. After digging through years of compiled sketches, story arcs, and outlines, Odin is finally working on a first title called Sleepless Flame, a dark and gritty cyberpunk saga. Odin sheds part of their brain periodically at odinsmusings.blogspot.com, where this blog tour continues.Type your paragraph here.